The lived experience of Gija people in the last 200 years has been characterised by radical, often violent change and by continuities carried through deep time. Colonisation, political and economic change and the effects of natural disasters have resulted in ruptures and forced displacements that have wrought significant transformations on the fabric of Gija society and culture. 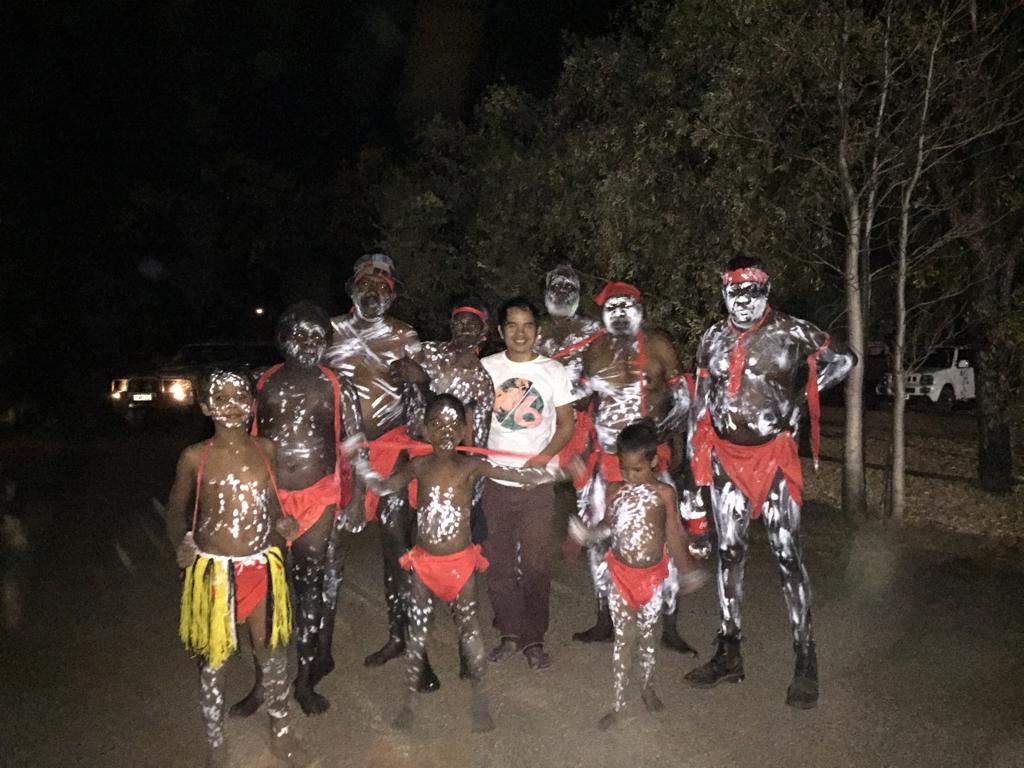 Throughout and despite these upheavals Gija people have sustained practices, beliefs and world-views inherited from their ancestors and embedded in the country they have lived in for an immeasurable period of time. Contemporary expressions of Gija culture embody robust and dynamic dialogues between processes of cultural maintenance, knowledge transference, innovation and experimentation.

The concept of Ngarranggarni is an expansive and complex one that defies simple definition or translation. It is common across many language groups in the Kimberley region. Ngarranggarni refers to “The time when the landscape took its present form and the rules for living came into being”[1]. Much work by Warmun artists concerns sites formed by the actions of spirit beings or the human ancestors of life forms that now live among us as animals and plants.

Many Ngarranggarni places were created as these agents metamorphosed into or shaped hills, rocks, rivers, springs and waterholes. However, the Ngarranggarni is also a framework that continues to encode, nourish and maintain Gija law and conceptions of social organisation, trade and exchange, kinship relations and family ties, custodianship of country and the practice of song, dance, spirituality, art, language and philosophy.