The Warmun Community Collection holds some of the earliest art produced in the Kimberley. The 2006 Significance Assessment identified it is as one of the country’s most significant collections – both historically and culturally, and as possibly the largest community-owned collection documenting the origins of an Indigenous art movement in Australia. Senior Gija community members created the Warmun Community Collection as they worked to establish Ngalangangpum ‘Two-Way’ School in the late 1970s. The objects were conceived and created as a vehicle for the transmission of invaluable cultural and spiritual knowledge. Gija woman Eileen Bray has worked as teacher and language consultant at the school since it was established. She says: “When the school started we wanted it to be two ways, so the kids could learn both ways. We didn’t want them to lose their language and their culture. That’s why we keep teaching for them. So when they grow up they can pass it on to their children and their grandchildren.” 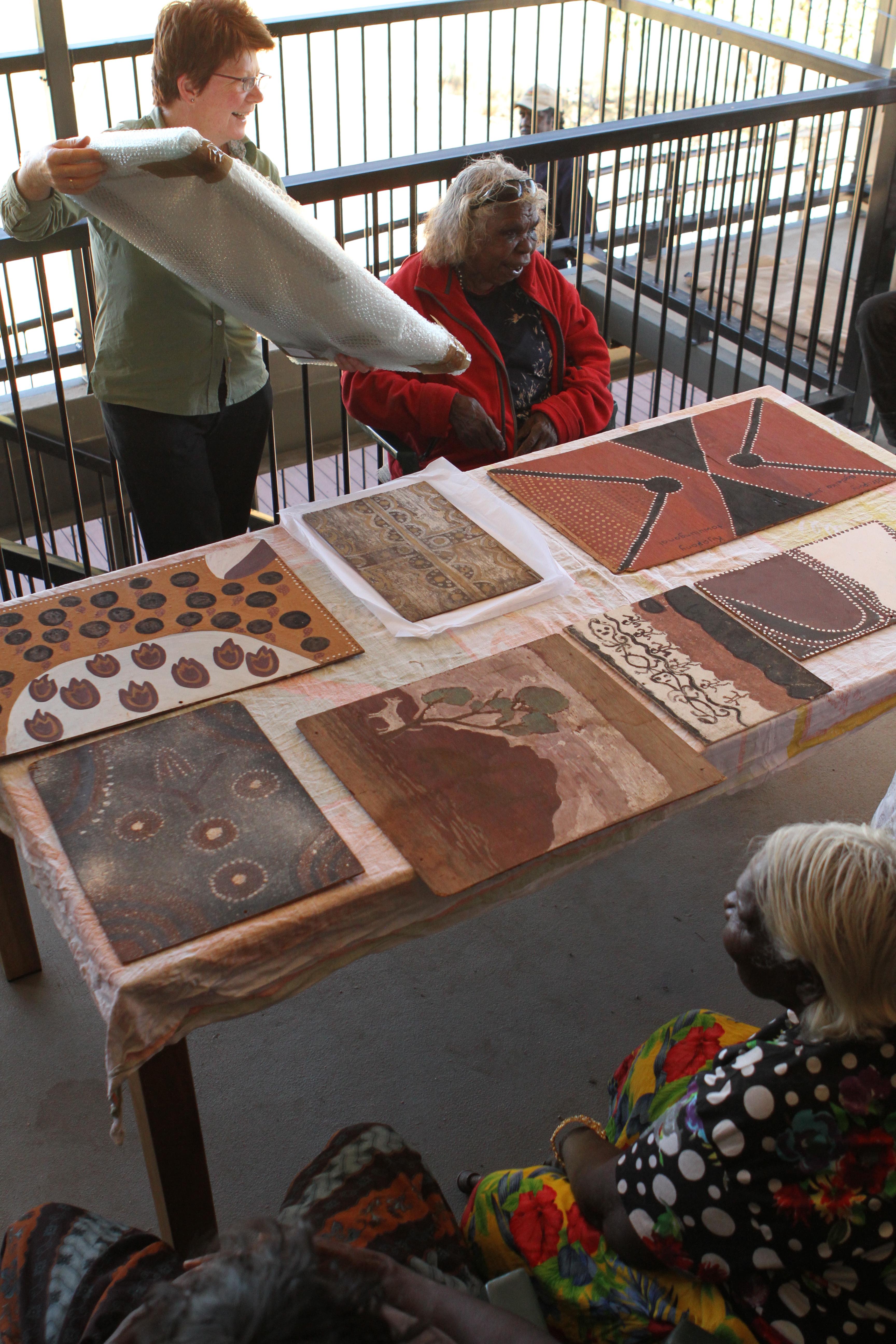 The Warmun Community Collection (WCC) comprises over 300 items including paintings in ochre on hardboard, canvas, corrugated cardboard, cement board, tin, and plywood as well as woodcarvings and many smaller items. It includes a uniquely broad representation of early paintings and wood sculpture by leading first generation Warmun artists, whose work is collected by Australian National and State Museums and in major international collections.

Paddy Jaminji, Rover Thomas, George Mung Mung, Hector Jandany, Jack Britten, Queenie McKenzie and other founders of the art movement are well represented. Oral history recordings in Kimberley Kriol and Gija language, and a collection of historical photographs with relationship to the objects were also identified as part of the collection in 2000. The main body of the collection was made exclusively for community use in the period before Warmun artists were painting for exhibition and sale outside the community. This is complemented by a range of works made subsequently and collected by the Warmun Art Centre established in 1998 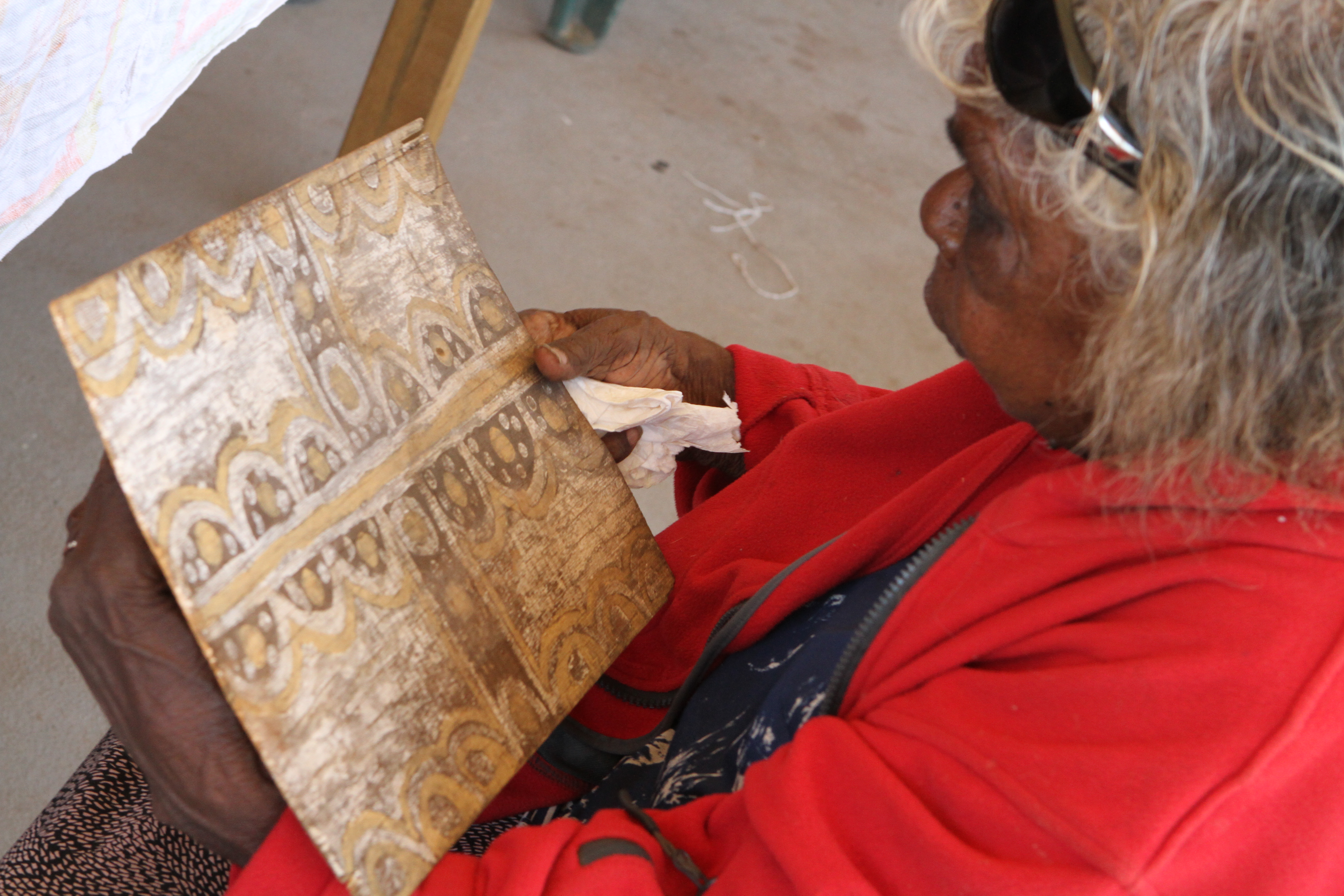 Today, the Collection continues to play a vital role in the inter-generational sharing and the continuation of the intellectual, artistic and spiritual legacy of the seminal figures who created it. Objects that make up the collection are powerful vessels for endangered traditional knowledge systems pertaining to Gija language, kinship, law and spiritual practice, ecological knowledge, oral and social history, creative production and performance.

The 2006 Significance Assessment quotes community member Shirley Bray as saying “Those paintings have good memories and it is good to hang them up where the younger generation can see them. These paintings were donated to the school for the children of future generations, so they could be taught their culture”.